Elisabeth Raphaël was born on July 14, 1958 in Compiègne in Hauts-de-France and works between Paris and Jerusalem. A graduate of the Institute of Oriental Languages ​​and Civilizations, INALCO, she continued her studies at the Paris Institute of Political Studies, IEP, where she defended her thesis on China’s defense policy. A historian of China and an analyst of the strategic policy of the People’s Republic of China, she published, in 1999, in the Que sais-je collection, “China and nuclear power” and teaches Chinese civilization at the University of Orléans. until 2021. Pupil of the painter Philippe Charlemagne in Compiègne, she learned modeling from Jérôme Bacharach in Paris. In 2004 she met in Paris, the American ceramist, Fance Franck. Elisabeth Raphaël moved to Berri and forged a deep friendship with the ceramist Jacqueline Lerat, the painter Fred Deux and the engraver Cécile Reims.

His work is inspired by the reading of philosophers, poets and thinkers of the Jewish tradition. Elisabeth Raphaël learned from the writings of artists, Mel Alexenberg, Constantin Brancusi, Eduardo Chillida, Paul Klee, Barnett Newman, Mark Rothko. For Elisabeth Raphaël, the questions, the emotions and the wonder that art brings can allow Man to reconnect with human nature, misled by the perversity of ideological, dogmatic and rationalist thoughts, and deeply wounded by the Shoah.

Elisabeth Raphaël has exhibited in London, New York, Chicago, Tel Aviv, Beijing and Fuping (China), Ube (Japan). It is present in public collections in France and Israel. At the Magnelli Museum in Vallauris with the installation, L’Exode, 2012, hundreds of modeled porcelain sheets, arranged in a slatted box covered with acacia resin, invite questions. The looped projection of a filmed sequence, in the background of the installation placed on the ground, creates a questioning of the world in its confrontation with the written text. The Exodus invites us to go beyond Scripture, to set it in motion. At the Musée de Châteauroux, a sculpture in homage to Fred Deux from the series, Eloge de la caresse, 2013, porcelain, fabric and clay. The caress metaphor of the dazzled reading of the Book. In the collections of the Yad Vashem Art Museum in Jerusalem between one of his sculptures, psalm, porcelain and steel.

Light of extinguished stars Nazi Germany’s enterprise of extermination affects all of humanity, individually and collectively, most often unconsciously. Rationalism had already begun the work of destroying the Name which Nazism intended to complete by the extermination of the People of the Book. “The passion of modern man for the image to the detriment of the written word could well result from this destruction”, writes the psychiatrist and psychoanalyst Gérard Haddad in his book Lumière des astres extincts. Nazism failed, light, disaster extinguished. The Book continues to sing, but humanity finds itself extremely weakened. “It is precisely this fragility that gives our time this appearance of generalized psychosis”, specifies Gérard Haddad. Faced with the work of destruction of the Name, it is imperative that forces contrary to the spirit of the times work to repair the world. This installation of porcelain sheets, fabrics, rusty pins and ashes on a pallet invites us to remember and not to forget. It echoes this sentence of Justin Godart inscribed on the pediment of the Shoah memorial in Paris, “Before the unknown Jewish Martyr bow your respect your piety for all the martyrs, walk in thought with them along their painful path, it will lead to the highest pinnacle of justice and truth”. Praise of the caress “The caressed body opens up the hand. The fist lacks the caress; also missing, the feather. The pen opens the hand. The Hand opens to the word, opens to the distance”. Edmond Jabès, Memory and the hand. The caress is a mode of being, an ethic of tenderness, of which Emmanuel Lévinas introduced the concept in philosophy, in Time and the Other. “The caress does not know what it is looking for. This “not knowing”, this fundamental disorder is the essential. It is like a game with something slipping away”. “The philosophy of the caress shakes up univocal and finite perceptions where thought is already made” writes Marc-Alain Ouaknin in Reading to the Bursts. About the Book, he says “The world does not realize the Scripture. And Scripture does not announce the world”, and offers an exploded reading of the Text: “As a set of perfect signs, the Text is never reached. We can say that he is caressed”. The caress is a metaphor for the dazzled reading of the Book. It encourages going beyond the text. Searching for meaning, she opens the text to infinite interpretations.

Tikun – Repair Six million souls sacrificed on the altar of Nazi ideology and European anti-Semitism was not enough. Despite the tragedy of the attempted extermination of the People of the Book in the 20th century, the world continues its enterprise of destruction. Faced with this phenomenon which is beyond us, it is necessary to act with the hope that restorative and creative action gives. Like an expiatory offering, a series of photographs and sculptures call for the repair of a deeply wounded world, to be built on the rubble of history. 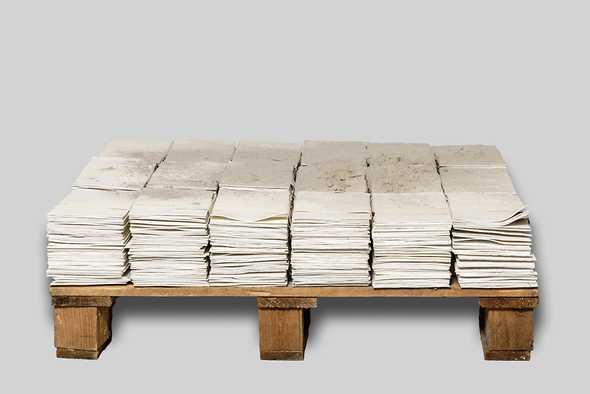 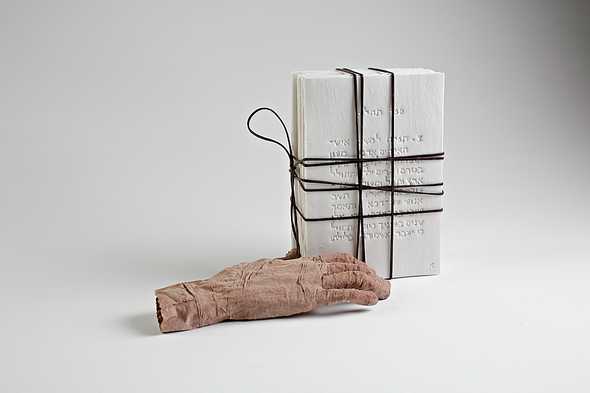 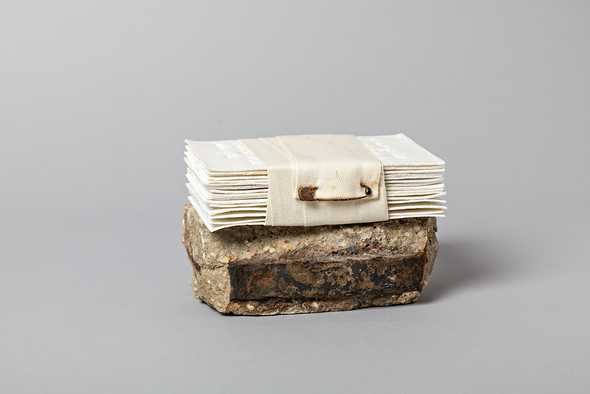